5 Hydration Myths That Can Kill Performance

Today we are going to bust 5 Hydration Myths you’ve likely heard, maybe even believe that are hurting your performance as an athlete.

Well – researchers at the Center for Human Nutrition in Omaha says otherwise.

They have completed many studies on hydration and various beverage options.

In one study they put men in their twenties and thirties on various fluid regimens—water only; equal amounts of water and caffeinated soda; or water, caffeinated soda, and coffee.

Then they collected every drop of urine.

They evaluated various components of their urine and blood to check their hydration status. The result: the volunteers remained in the same state of hydration no matter which beverages they drank.

You’ve likely heard lemon water is great for the body. And that is 100% true. Lemon water can help digestion, it’s a good source of vitamin C, it supports weight loss and a number of other things. But there has also been talk of lemon water dehydrating you.

Well – it’s time to dive into the science and see if this is true. After scouring the research and studies it turns out the science is lacking.

Here’s the deal with the so called claim that lemon water can dehydrate. Lemons and vitamin C has been thought to act as a diuretic. Meaning it makes you pee. And if you pee more then you would be flushing out water from your body along with beneficial electrolytes. But there is zero science that proves lemon water or the small amount of vitamin C found in lemons is going to dehydrate you.

So – drink away, there are far more benefits to drinking lemon water than drawbacks.

Myth #3 You Can Only Hydrate by Drinking Liquids

If you’re eating all the wrong foods than you may be missing some very important nutrients including about 20% of your water intake.

Certain foods like fruits and vegetables are loaded with water. And with the right diet you should be consuming about 20% of your water intake through food. In fact – foods like watermelon and spinach are nearly 100% water by weight. Other great hydrating foods are celery, radishes, cucumbers, grapefruit, cantaloupe strawberries and grapes.

These are just some of the great foods you can be eating to help stay hydrated.

Now – on the other hand if you eat a lot of salty foods high in sodium you could be dehydrating yourself. The body maintains balance of water and sodium both in the cell and outside the cell. If you eat foods high in sodium it can draw water out of the cell to balance out the levels. This can actually dehydrate the cell causing it to shrink crushing vital internal machinery.

So – try to avoid really salty foods. Or if you do go crush a plate of Mexican food and feel extremely thirty make sure you suck down a lot of water to help balance things out.

Myth #4 To Avoid Dehydration, Drink as Much Water as You Can

You’ve likely heard some athlete say just drink more water. Well – this can actually cause some serious problems. In fact – you may just cause your cells to burst.

There’s a fine balance of water and sodium both in your cells and in the fluid outside your cells. And if that balance is out of whack you can cause serious harm to your body.

If you chug water all day long you can actually decrease your blood sodium level so low you cause what’s called hyponatremia.

According to research published in the American Journal of Medicine  in August 2016,

Hyponatremia is the most common electrolyte disorder.

It’s particularly common among endurance athletes who drink large volumes of water before, during, and after exercise:

In fact One study suggests 13 percent of participants in the 2002 Boston Marathon experienced hyponatremia.

Here’s how hypontremia works.When the amount of sodium in fluids outside cells drops below normal, water moves into the cells to balance the levels.

Hyponatremic cells swell as they draw too much water in, which eventually causes the cell and organelle membranes to burst, spilling the contents into the surrounding environment and killing the cell.

Just as this sounds, hyponatremia is bad. So – you want to make sure to drink adequate water, but also make sure you consume adequate electrolytes specifically sodium. Our athletes use Electro Sauce to maintain proper electrolyte balance. You can check it out at CellSauce.com/Electro

Myth #5 Clear urine is a sure sign of hydration.

We’ve heard this for years. But just as we talked about in Myth #4 over hydration is bad. And one sign you may be over hydrated is clear urine. Now – if you have clear urine once during the day you’re likely in the clear. But if you’re chugging water all day long and not getting adequate electrolytes, continuous clear urine can be a bad sign.

By drinking excessive amounts of water you can dilute your sodium levels and flush your body of key electrolytes and salt. If you do this – you’re right back to the problem we discussed in Myth #4 – Hyponatremia.

And if you want an easy way to balance out your electrolytes check out CellSauce.com/Electro 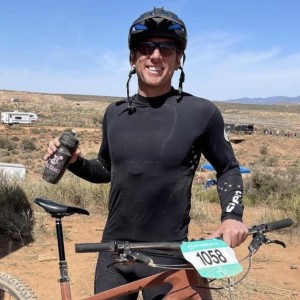 ISSA Certified Nutritionist, Recovery Specialist and DNA Fitness Trainer. I've competed at a college and semi professional level. I've been working with and training athletes for the past 20 years.
Leave a Reply Cancel reply

Menu
PrevPreviousWhat Should I Eat Before My Morning Workout?
NextIs Water Actually Hurting Your Hydration?Next
On Key

I was getting older, and I was starting to feel it. My muscles were getting weaker, my belly was growing, and I just didn’t feel

If you’ve suffered from late day fatigue, mid workout lethargy, mood swings, and  feeling like you can’t drag yourself out of bed the next day

Most people associate athletes with a particular lifestyle. In the context of  this article, an athlete refers to anyone trained to compete in sports,  whatever

The statements made regarding these products have not been evaluated by the Food and Drug Administration. The efficacy of these products has not been confirmed by FDA-approved research. These products are not intended to diagnose, treat, cure or prevent any disease. All information presented here is not meant as a substitute for or alternative to information from health care practitioners. Please consult your health care professional about potential interactions or other possible complications before using any product. The Federal Food, Drug and Cosmetic Act requires this notice.*