What is Hydration Sauce?

Hydration Sauce is a powdered drink designed for athletes and active people. Hydration sauce is based on dozens of scientific research studies. It’s designed to help you stay hydrated, improve your athletic performance and speed up your recovery.

By having proper levels of cortisol you can experience…

And So Much More…

Not having the proper amount, type or ratio of carbohydrates can lead to improper levels of cortisol.

And if you have continuous high levels of cortisol flowing feely in your blood stream it allows negative symptoms to creep into your life known as “Cortisol Creep.”

“Cortisol Creep” can cause:

And Lack of Motivation.

The Right Carbohydrates to Fuel Your Muscles…

Are Easy On The Stomach and Reduce Cortisol

Researchers at Florida State University conducted a study using a mixture of maltodextrin and fructose (this is the good fructose the same sugar that’s in fruit and some vegetables. Not to be confused with High Fructose Corn Syrup).

They discovered this mixture improved gastric emptying and fluid absorption versus other types of carbohydrates.

This specific 2:1 ratio of carbohydrates works because it uses two different delivery systems in the body.

Think of it like trying to get 10 people to a store in one car that only holds five. You’d have to take two trips. Which is time consuming.

The other option would be to use two cars and get all 10 people there in one trip.

By using “Multiple Transports” (maltodextrin is transported into the blood stream via the sodium-dependent SGLT1 transporter and fructose via GLUT5 [66]), it improves the delivery of carbohydrates to the muscle.

By improving the delivery and digestion of carbohydrates. Your body can use the carbohydrates faster during exercise for energy. Thus reducing the amount of cortisol your body will release.

And by having lower levels of cortisol you’ll body will store less belly fat, you’ll have more energy and can even sleep better.

Additionally – when your body has glycogen to use as energy during exercise you’ll preserve and protect lean muscle from being broken down.

Now – you may have tried some type of carbohydrates in the past like a sports drink and didn’t really notice a difference.

And that’s because most sports drinks only use one type of carbohydrate.

See – only using one type of carbohydrate can be slow to digest, cause stomach distress, and not provide enough energy deliver to your muscles.

The proper ratio of carbohydrates is critical to energy, endurance and maintaining proper cortisol levels.

The Right Amount of Carbohydrates for Optimal Performance

Just like most sports drinks miss the target on the right carbs and the right ratio. They typically don’t have the right amount of carbohydrates to benefit you.

In a study published in the Journal of Strength and Conditioning, researches tested different amounts of carbohydrates on performance and cortisol response.

The test revealed the low mixture of carbohydrates was not enough to protect against the stress of long distance running.

Next the researches tested a carbohydrate sports drinks with 45 grams or 7% carb mixture.

As you can see this study proves the right amount of carbs makes a huge difference in performance and the reduction in cortisol levels.

Your body will experience less stress during exercise.

And less stress means less cortisol in your blood stream.

Just think – with the proper levels of cortisol you’ll have more energy and motivation to workout.

Now – instead of waiting two or three days to get back to training.

Or having to suffer through a workout because your body hurts.

You can wake up refreshed ready to train harder without constant fatigue and pain.

Clearly supplementing with the right ratio and right amount of carbs is a huge benefit to your body.

But – it gets even better.

During exercise, especially endurance exercise, muscles are heavily damaged. When this happens the body releases cortisol to break down muscle proteins into amino acids, most of which are BCAAs. The BCAAs are released into the blood stream to be metabolized for energy.

When you supplement with BCAA’s you’ll have more amino acids in the blood.

Thus reducing the amount of cortisol released in the body.

Plus – having the amino acids as an additional energy source… provides more energy to the muscles and reduces the release cortisol.

Even better – since BCAA’s improve muscle energy they have also been shown to improve exercise performance.

But it gets even better…

The first is an herb used in Chinese medicine called Rhodiola Rosea. This herb modulates and affects cortisol and glucocorticoid receptors.

And may improve cognitive function in people who are under stress or very fatigued.

So – Rhodiola is perfect for people who exercise…

Because we’re constantly putting our bodies under high levels of stress and fatigue.

Is critical to your overall performance.

You may even take them now…

The Ingredients are Electrolytes…

Electrolytes like sodium and potassium are lost during exercise through sweat.

But many athletes fail to consume enough electrolytes.

In fact – they often flush their bodies of key electrolytes by drinking too much water by itself.

Without proper electrolytes it can lead to fatigue and your ion balance being out of whack.

Which puts additional stress on the body.

And as you know… more stress equals more cortisol in your blood… which leads to the laundry list of problems caused by “Cortisol Creep.”

By having proper amounts of electrolytes… it can help reduce stress.. fatigue… and the release of cortisol during exercise.

Which helps athletes to perform and feel better.

How Does Hydration Sauce Help Me Recover?

When Do I Take Hydration Sauce?

If you’re a swimmer you can use Hydration Sauce before or after your swim.

How Do I Mix Hydration Sauce?

Mix one scoop of Hydration Sauce (Scoop included in bottle) with 18-20 oz of water. 18-20oz gives you a 6-7% carbohydrate mixture for optimal digestion… muscle delivery and performance.

If you’re not satisfied with Hydration Sauce for any reason simply send us the unused bottles for a full refund. No questions asked. If you only order one bottle and are not satisfied simply email our customer support team at support@cellsauce.com and we will issue a full refund. You don’t even need to send the bottle back.

How Do I Order Hydration Sauce?

Click the “ORDER NOW” button anywhere on this page and you’ll be take to our secure order form. Complete the information required and we will rush your Hydration Sauce order to you. 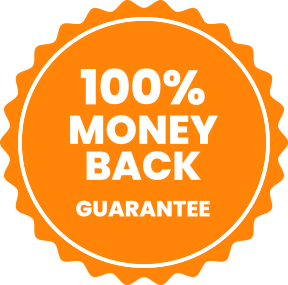